Speed My Mac, a utility free to download and use which will test your PC’s speed and suggest ways to improve the speed of your computer. Since macs are widely used today mac os mojave slow by more people, there is huge scope for increase in speed, particularly with the millions of mac users all over the world. The program will analyze your computer and should it find that your pc is running slowly, it’ll suggest the best options for you, like changing to the latest version or simply cleaning certain documents. The program will also identify the causes behind why your PC is experiencing slow performance and correct them for you.

Many things can cause slowdowns to your Mac computer, one of them being unneeded software installed on your hard disk. This utility will scan your hard drive and finds useless programs. It will ensure that your computer runs smoothly. The speed of your internet connection is another element that may slow your Mac. If you have a poor internet connection, it will take more time to download files and do other stuff which can not only drain your energy but also cause your computer to run slow. The Speed My Mac can speed up your Mac and correct various issues that could be slowing it.

Speed My Mac, a mac utility is in high demanded. Speed My Mac is simple to install and is cost-free. It can also improve the efficiency of your laptop. It’s simple to operate. Simply download the utility on this site. The program will then scan your mac. If it detects that your PC is slow, it will suggest you the ways to speed up your mac as well as the most effective ways to free up some storage space on your hard disk.

We have a intensive plan of action for picking freelance authors to take part in our teamonline essay writersand taking advantage of our assistance you have a good quality make certain, outstanding writing price, secrecy and constant customer service.

Dean Burnetti comes from a long line of people who possess a strong work ethic.  His grandparents left Italy in the early 1900s, and came to the United States in search of a better life.  They were excited by promises of land and opportunity.  However, upon their arrival, they were actually forced into forced into sharecropping and harsh labor in the Deep South. Because of this, his parents migrated to the Greater Chicago area, and Dean was born in Elgin, Illinois in 1957.

At the time, Dean was born, his father worked for a major construction company as a laborer.  When Dean was five, his dad went to work at a construction site, and a wall caved in on him!  As a result, he sustained multiple herniated discs in his low back. It was months until he could have surgery, but he still had a family to support.  So, every day, Dean watched his dad strap on a back brace and leave for work despite his excruciating pain.

Dean’s father was eventually promoted into a supervisory position.  He managed his crew at the job site, and also led his children by example by showing them the value of hard work.  He wanted his children to get a good education so they wouldn’t have to work as hard as he.

Dean admired his father and took his advice to heart.  But he couldn’t shake the memory of his dad grimacing as pain seared through his body each evening as he removed his back brace after work.  To this day, that recollection is as fresh in Dean’s mind as when he was five years old.

As Dean grew older, he immersed himself in church activities, including playing the piano and organ.  He even taught Sunday school. Dean’s resolute faith in God was unshakable.  He knew in his heart that he would eventually find a career that would allow him to serve the Lord.

Dean left home at seventeen years old to attend Seminary at Oklahoma Baptist Seminary in Marlow, Oklahoma.  There, he received his Seminary Degree in Pastoral Ministries and met and married his sweetheart, Patti.  A short time later, they had two daughters.

Upon Dean’s graduation from Seminary, the memory of his dad’s horrific back injury was still fresh in his mind.  His overwhelming compassion for people who were injured made him question if he missed his calling.  After diligent prayer and deliberation, Dean felt that he could better serve the Lord as an attorney who helped injured people in need.

While Dean was in Seminary, his parents and siblings moved to Central Florida where his dad opened a convenience store, so Dean and Patti packed up their girls and moved there while Dean searched for a Christian liberal arts college.

Three years later, Dean had earned a Bachelor’s Degree for his double major in Psychology and Biblical Studies at Warner University in Lake Wales, Florida. He and his wife and children then returned to Oklahoma, where he attended Oral Roberts University Law School in Tulsa, and earned his Juris Doctorate degree.

Upon Dean’s graduation from Oral Roberts University in 1986, he packed up the family again and moved back to Florida where, for the next few months, he studied for his Bar Exam as he worked the graveyard shift of his dad’s store. During this time, Patti worked at a grocery store a cashier, and their family shared two bedrooms at Dean’s parents’ house in Lake Alfred.  When Dean finally took his Bar Exam, he passed on the first try, and received his license to practice law in the State of Florida.

When he started practicing law, Dean wanted to honor his father as well as the Lord, so he focused on assisting people who had been hurt in on-the-job accidents.  A short time into the new millennium, an automobile accident claimed Dean’s father.  Because of that, as well as significant changes to laws in the field of Workers’ Compensation, Dean expanded the focus of his practice to include representation for people who were injured or suffered disabilities from all types of accidents. 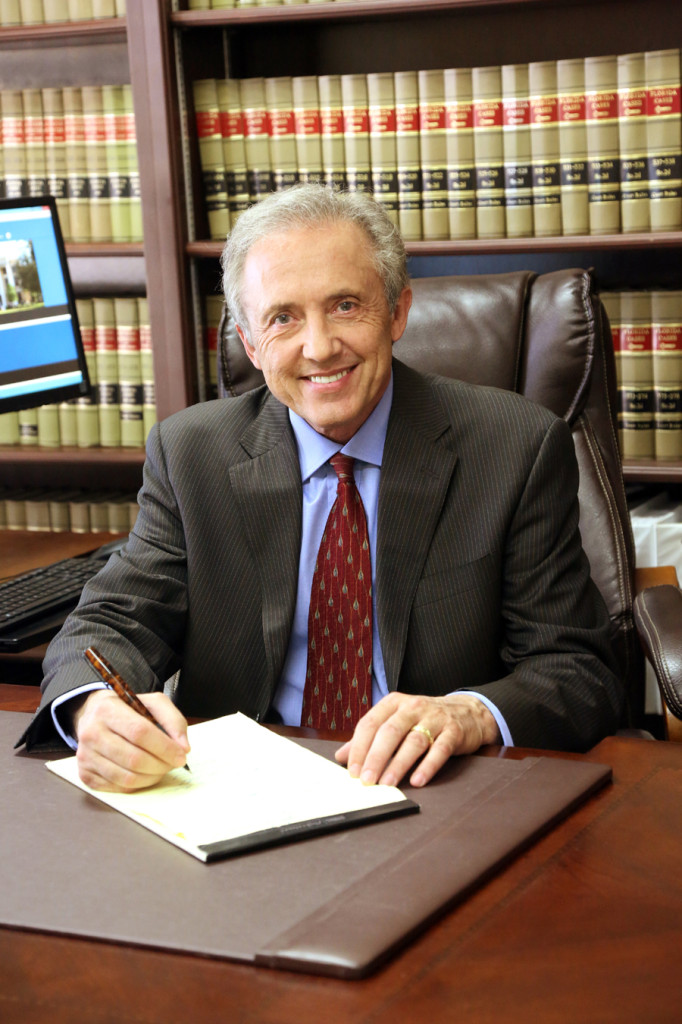 Now, Dean is double Florida Bar Board Certified in the areas of Civil Trial and Workers’ Compensation Law, meaning that he is recognized by the Florida Bar as a specialist in these areas.  In the State of Florida, Florida Bar Certification is the highest level of evaluation to test the skill, knowledge, proficiency, aptitude, professionalism, and experience of its attorneys in any of the two dozen areas of law available and approved for certification by the State Supreme Court.

As a matter of fact, Dean is one of only four attorneys in the entire State of Florida who are Double Board Certified in the areas of Civil trial Law and Worker’s Compensation Law.

Dean and Patti recently celebrated their 40th wedding anniversary.  They live in Auburndale, Florida.  Their two daughters have grown and married, and between them, they have given Dean and Patti twelve beautiful grandchildren. Dean is still a very active member of his church, and he also enjoys global traveling, bicycling, playing guitar and piano, adding to his vintage Boy Scout collection, and serving the Lord.

There exists a strong plan of action for choosing freelance freelance writers to take part in our teamnarrative essay writing serviceand ultizing our support there is a good quality make sure, outstanding writing price, secrecy and continual customer service.