LAKELAND, FL, January 2, 2018 – Dean Burnetti Law is pleased to announce that as of 2018, the firm is taking on adult Social Security Disability clients.

The founder of the firm, Dean Burnetti, said, “So many of our injury clients’ lives are forever altered by the single moment when they were involved in their accident.  And various illnesses or injuries prevent other adults from reaching their full financial potential.  We are happy to be a voice for these deserving individuals with the Social Security Administration.”

DID YOU KNOW THAT DEAN BURNETTI LAW HAS ITS VERY OWN CHARITABLE FOUNDATION?

Founded in 2017, The Dean Burnetti Law Charitable Foundation, Inc., allowed Dean to utilize his philanthropic attitude and raise money to help people less fortunate than ourselves.  As a matter of fact, the mere essence of the foundation’s mission is captured perfectly in its slogan: “Giving People in Need a Hand Up since 2017.”

In 2016, prior to forming the Foundation, Dean Burnetti Law raised over $5,000 which it donated to the Bereavement Fund at All Children’s Hospital.  It’s Dean’s philosophy that many people will have concern for and donate to the worthy cause of healing sick children, but too often, once a sick child passes away, people move on to help the next sick child, and they never realize the emotional despair and even financial ruin left in the wake of that child’s illness, often leaving no money with which their family can even give them a proper burial. 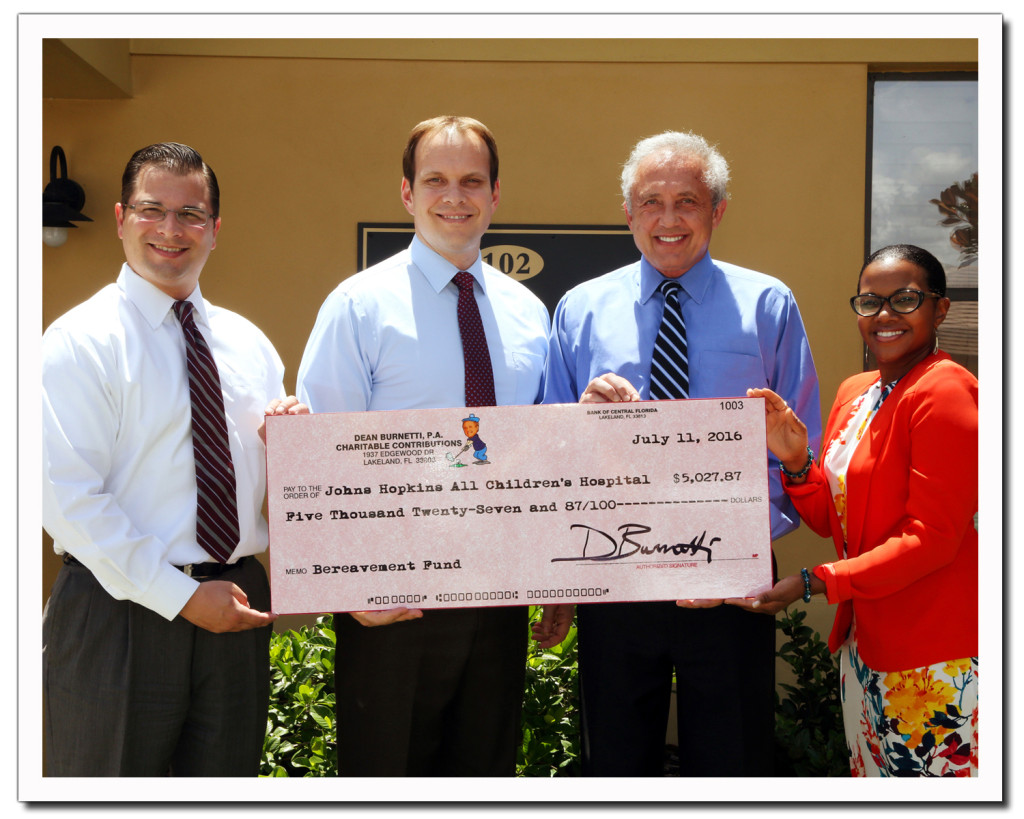 In 2017, under the Foundation umbrella, Dean Burnetti Law again raised and donated over $5,000 to the All Children’s Hospital Bereavement Fund.  In the same year, the Foundation donated $2,500 to All Children’s Safe Kids Car Seat program which will defer the costs of 125 car seats to needy families. 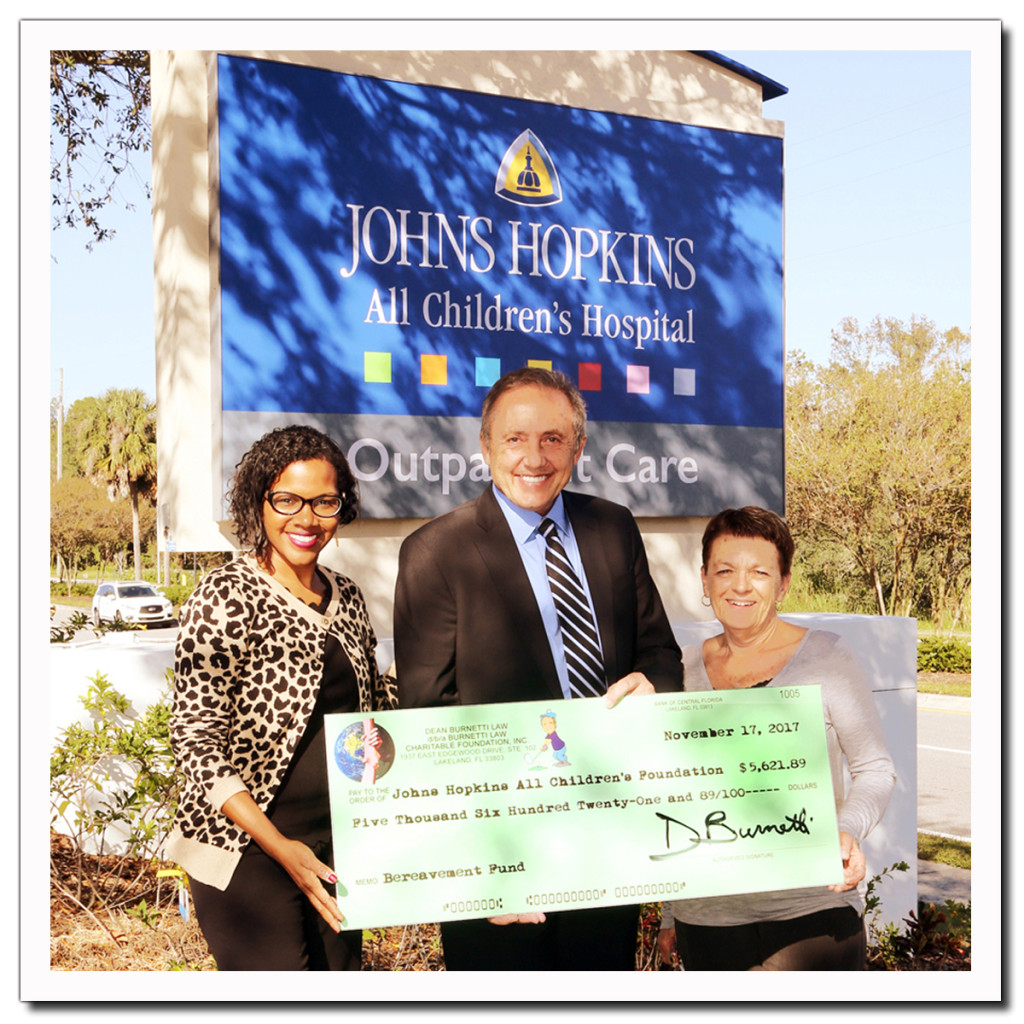 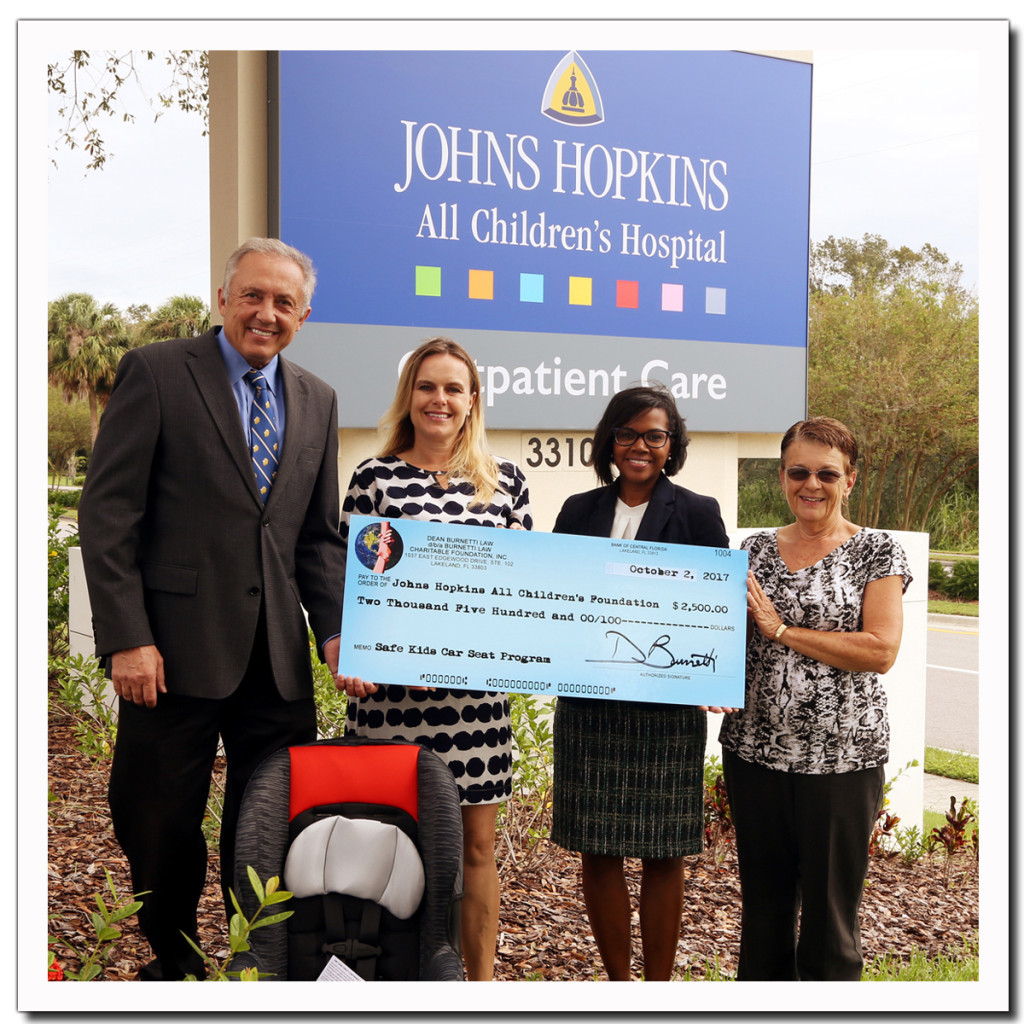 Additionally, in 2017, The Dean Burnetti Law Charitable Foundation hosted a contest for school children to make cards for Veterans Day (which provided 216 cards to hospitalized veterans), gave away fully cooked turkey dinners for Thanksgiving, and started a $1,000 college scholarship fund.

Our goal is to find even more families or individuals who could use a hand up in 2018 and offer them assistance.